The atrocities, the pain, the humiliation, the hooligaism and mob violence on Sikh community was seen at its worst after the death of the then Prime Minister Indira Gandhi by her own two Sikh guards in her home. Today, after 35 years, Dr Ishmeet Kaur Chaudhry, Asst Proffesor, Central University of Gujarat, has the courage to bring forth real life stories and recounts of what happened and why? More so that even after all these years justice is a mere farce. The book launch of Black November Writings on the Sikh Massacres of 1984 by the guest of honour Tripta Randev and Dr Shivani Randev, family of eminent journalist late Ravinder Randev followed by a panel discussion by distinguished guests Prof Girija Sharma, former Dean of Studies, HPU; Prof Meenakshi Faith Paul, Principal Dept of Evening Srtudies, HPU), Prakash Lohumi, Senior Journalist and Raaja Bhasin, Author, Historian and Journalist was thought provoking and stimulating. The book is a compendium of personal interviews, survivor stories, affidavits filed before the Nanavati Commission, accounts by Manmohan Singh, Kushwant Singh, Jarnail Singh and eminent writers who were vocal against the carnage that took place in 1984. This book forces you to introspect and question those who were responsible for this manslaughter. Violence is central, it impacts everyone as the aftermath is suffered by not just one person or a group, but it affects the community as a whole. Dr Ishmeet along with the contributors bring out the gruesome stories about how vulnerable the women and children were and how they were targeted, who then grew up with severe depression and dejection. The widows colony in Tilak Vihar, Delhi, is proof that bloodbath. A series of questions are still being asked today, after 35 years, are they still a ground for charity, why not give them justice or a chance to live a dignified life; and the fact that they are still waiting for any sort of compensation. Most perpetrators have yet to be charged and held accountable for their crimes, the affected families still continue to live in poverty and deprived to this day.

The deliberations by the eminent panel members too raised few pertinent questions – about how or why this massacre happened? When our very own police and administration fails to control the mob, then who can be trusted. The Indian government’s formal position till date has been that accountability comes in the form of silence. The biggest victims are the marginalized men, it doesn’t matter if they are rich or poor, it was the mob who rises to destroy everything in its path not realising that in the process they destroyed their own families as well. Another poignant point made was that people who make history don’t read history or are quite selective about what they wish to take from it. (CLICK TO WATCH ALL VIDEOS)

These stories are also about faith, courage and conviction that somewhere within us is the power to bring about change and to stand against violence. 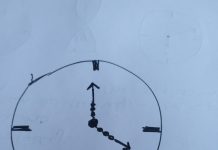