KEEKLI Brings to you the Inter-School Storytelling Competition & Once upon a time W. Somerset Maugham said, “There are three rules for writing a novel. Unfortunately, no one knows what they are.”

We at KEEKLI believe that – you can, you should, and if you’re brave enough to start, you will be able to not only write but also tell a remarkable story to the entire world which they may have never seen, heard, or even imagined. After nourishment, shelter, and companionship, stories are the one thing we need the most in the world. KEEKLI An Ode To Innocence in association with noted writers & former journalist & author of famed “Ghost Stories of Shimla Hills” Minakshi Chaudhary, organized the Inter-School Storytelling Competition 2018 & KEEKLI BOOK CLUB Launch powered by Edu Hub Publishing Company. The Chief Guest of the event was Vikramaditya Singh, MLA Shimla Rural. With an amazing response from over 16 City schools with more than 60 participants, the morning was enlightened with kids performances who narrated stories in both Hindi & English. Students from Classes 5, 6, 7, 8 participated in the event with few more in the open category. The children were given few themes such as — stories of quest such as folk tales, discoveries, inventions etc., Stories of going from rags to riches, tales of adventure and tales of overcoming barriers and emerging victorious — based on which they enlightened the audience with few amazing stories. The judging criteria was (i) Choice of story and Connect with the audience; (ii) Voice Modulation/Diction; & (iii) Expression. Ms Chaudhary had an engaging session with the children and the teachers about storytelling and how a whole new world opens up for all once they pick up a book. She will also be a permanent patron of the KEEKLI Book Club, which will hold its session at North Oak Public School, Sanjauli, Shimla on a monthly basis.

As they say, “Reading is a conversation. All books talk. But a good book listens as well” — Keekli believes that a child cannot wait for an inspiration. S/he must go after it with a club and hence on the note Keekli Book Club was launched by all the dignitaries present. The Book Club can be joined by paying a nominal membership, and session will be held on every last Sunday of the Month at North Oak Public School, Sanjauli, in presences of noted writer Minakshi Chaudhary & other well-known authors from the City & National Cities as well. As future collaborators, TERI with KEEKLI BOOK Club will bring to Children a Storytelling Contest for classes 4th to 9th — titled ‘Be a Young Teri Author’: With their latest series of books on animal adventures “How Wacko is That?” authored by India’s most celebrated author Ranjit Lal, children now get a chance to participate in a story writing contest. The selected stories will be further developed & published by TERI in their upcoming children book series. These Books with attached contest form will be made available through Keekli Book Club exclusively for this contest. 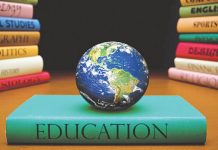 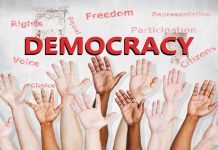