Picture of the Day

Team Keekli has always worked hard to provide the right platform to children in terms of providing wings to their creativity. Declamation contests, storytelling competitions, Keekli Book Club are all efforts to groom children towards more creative fields. A step forward with like-minded family and friends who have always been the backbone of KEEKLI. We bring to you KEEKLI Charitable Trust, that will work in the field of education and help children of all strata of the society. Join us in this new journey and be a part of this social cause. 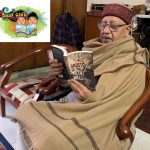 Keekli Bureau - January 13, 2021
0
Book: Ghosts of The Silent Hills: Stories Based On True HauntingsAuthor: Anita KrishanReview: Having spent my childhood in the same places as described in... An Invasion From Mars — Samaira Thakur Mental Health of Students Must Figure in Restarting Classes

Keekli Bureau - January 13, 2021
0
Amy Braun (NU) – As officials across the nation decide how best to open schools, one aspect too often overlooked is students’ mental health.... 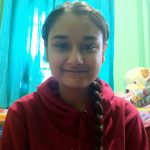 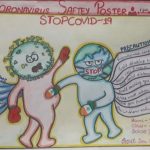 A well-composed book is a magic carpet on which we are wafted to a world that we cannot enter in any other way. S/he must go after it with a club and hence today we are proud to present to you Keekli Book Club for children. For a nominal one time registration fee of Rs 200/- join our Book Club. Meet, Interact and Discuss all about the fascinating world of BOOKS with our patron Minakshi Chaudhary, noted celebrity writer of “Ghost Stories of Shimla Hills” and many more... This Month in History

A well-composed book is a magic carpet on which we are wafted to a world that we cannot enter in any other way. S/he must go after it with a club and hence today we are proud to present to you Keekli Book Club for children. For a nominal one time registration fee of Rs 200/- join our Book Club. Meet, Interact and Discuss all about the fascinating world of BOOKS with our patron Minakshi Chaudhary, noted celebrity writer of “Ghost Stories of Shimla Hills” and many more.

A re-cap of Keekli’s best submissions — educational, thought-provoking, provocative, inspirational, riveting and definitely worth your time!

Column for passionate writers & poets from the Hills. Creativity has no limits and to give them wings is our motto.

English teacher, freelancer & bloggers. Teaching has helped her connect with children, she cites writing for them as a thrilling experience.

Read who left behind an indelible mark and whose names got etched in history forever.

A look at the revolutionary wonder pills and an effort to bring home their journey.

This section helps us to brace ourselves with this current tornado called IT.

Humans have tried to unravel the mysteries of nature, here are a few environmental concepts that offer a partial insight.

Share your stories, poems, features and sketches; use this platform to express your creativity.

Motivate children to report, while encouraging the habit of good writing, expression & sense of achievement.

Esteemed panel of guests from various academic / intellectual fields to guide us and Keekli Readers !

Winner of Women Entrepreneur Award — KEEKLI An Ode To Innocence

Keekli — www.keekli.in — won Rs. 50,000/- Cash Award for Encouragement in Best Women Entrepreneur Category during an award ceremony held by the Viridian Group, on 7th July, 2015, in Ahmedabad. The award was presented by Murali Hariharan, Global Head (Venture Strategy), Viridian Group. Viridian Espark Accelerator, the joint venture between Entrepreneurial Spark of UK and India’s Viridian Ventures gave awards to 15 start-ups. These enterprising entrepreneurs were selected through a BigB Plan Contest that was launched during 'Vibrant Gujarat 2015' in January, 2015, during which more than 140 entries were received from across India. The coverage of Children activities is wonderful. I am able to see my group activity on the website after a long time It is very exciting .. Please keep it on . My good wishes to Keekli team

Dear Ms Vandana, I am a retired editorial professional having worked at Macmillan, Wiley, Frank Bros, DK, Pearson and Vikas. I am a fairly recent member of this group [email protected] My name is Sudhanshu Gupta. During my regular days I have been known for my fastidiousness and being a hard taskmaster. Seeing appreciation of your magazine Keekli, I got interested in it and opened your attachment this time. I must congratulate you for the impressive work produced by you. Normally, in such ventures the level of English language is not taken so seriously, but your magazine seems to be attentive to this. On a quick look I find the layout, colours and choice of fonts are also impressive. Only the stories which are in reverse type are somewhat unreadable, at least in this e-version. To improve readability here I can't help suggesting to you to either use reverse white instead of yellow and/or use bold or some sans serif font such as Helvetica, Univers or Arial. Also, in the credit box at the end of the last page, move the last word of the 2nd line to the next line. This is an unsolicited suggestion. If you feel I have trespassed into your personal zone please let me know so that I may retract. Regards and best of luck to you and your ventures!

Thanks a lot for capturing the moments n making them memorable as they are n always would b for all of us. N wanna mention here that this magazine is really a very good initiative…… A Trip Down the Lane — Old St. Thomasians Meet

I must thank KEEKLI who appreciate my story and look into my career as in shooting how far it to be gone .This kind of article will alive others beginner shooter to do much more to themselves for there state and to there nation Thank you again Ms Ritanjli mam who gives me a special time to create story thanks Deepak Sir who always appreciated The management of Shemrock Smart Kids is grateful to Keekli for this wonderful coverage. Colourful Janamashtmi Celebrations